Former Indian skipper and senior batter Virat Kohli has a celebrated and illustrious career to his name in international cricket. The veteran right-hander has scored 70 international centuries in a 14-year-long career in all formats of the game. He has registered overall 23,726 runs with his bat in all formats.

Kohli has fans of his batting not only in India but everywhere in the World where cricket is being watched. He is dominating the circuit of international for the last decade. But there have been also times when some other cricketers left him in shock either with their decisions or their excellent skills on the field.

So, here we’ll have a look at three players who stunned Virat Kohli either on the field of cricket or off the field. The Pakistani team was touring India almost 10 years back in the 2012-13 season. The Punjab-based seven-foot-tall pacer was also a part of the Pakistani team during that series. He went on to scalp three wickets in three One-Day internationals against India. Whereas, he bowled with a very good economy rate during the T20I series on the same tour against India.

Later on, Mohammad Irfan revealed in an interview that Kohli was assured of his speed to be in 130 to 135 kmph. It was completely unexpected for the veteran Indian batter when Irfan bowled around a speed of 150 kmph. He left Kohli in shock by bowling at the speed of 147 kmph.

Later on, he also talked about that incident in an interview with the Cric Cast later in 2020.

“Virat Kohli told this to me face to face. And when I bowled the next one at 148 kph, he told me that he abused the person next to him asking what sort of medium-fast bowler I was, as I was bowling at 150 kph,” said the 40-year-old during the interview. 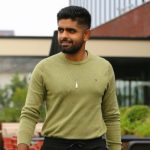 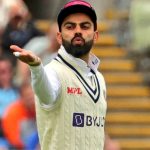