The 2021 edition of the Asia Cup, which was scheduled to be played in June, has been pushed to 2023. Multiple factors contributed to this development. First, Coronavirus was a major concern for the Asian Cricket Council (ACC). Secondly, with India qualifying for the final of the World Test Championship, they most likely would have skipped the tournament. Any tournament without India will not generate enough revenue.

The ACC in a statement said that the 2021 Asia Cup can’t be completed this year due to the packed FTP. Also, since 2022 already have an Asia Cup scheduled, the 2021 edition of the same will be played in 2023. Earlier, few reports suggested that Asia Cup will be played in two consecutive years, in 2022 and 2023. The same has been confirmed now.

“The ACC Executive Board, in face of the risks and restrictions posed by the COVID-19 pandemic, had made the difficult decision to postpone the Asia Cup 2020 to 2021. Since then, the ACC has been working with its participants and stakeholders to try and ensure that the event is held in the year.

However, on account of a packed FTP, it has been concluded that there is no practical window in the year when all the teams would be available to participate. The Board has accordingly considered the matter very carefully and determined that the only way ahead would be to postpone the event.

It would therefore only be feasible for this edition of the tournament to be held in 2023 as there is an Asia Cup in 2022. Dates for the same will be confirmed in due course,” read a statement from ACC

The 2022 edition of Asia Cup is most likely to be held in Pakistan. If that’s the case, it will be interesting to see if the Asian Cricket Council can convince the BCCI to send their team to Pakistan or they move the tournament out of Pakistan to some other neutral venue.  The last edition of the Asia Cup was played in 2018. 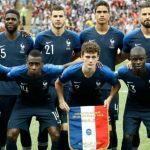