The recently concluded mega auction for the fifteenth edition of Indian T20 league was an absolute success. It saw several world-class players go under the hammer. A few individuals ended up earning a fortune as well. However, there are some players who got bids from almost all the teams. Today, we shall be taking a look at 12 players who got bids from most teams in the mega auction

R Sai Kishore is one of the best spinners in the domestic circuit. Besides, he’s a left-armer. Thus, as many as six teams engaged in a bidding battle for him. While Rajasthan, Delhi, Chennai, Punjab and Hyderabad bid for him, it was Gujarat that got him for INR 3 crore.

Getting an aggressive Indian middle-order batter who can bowl as well is really rare. Thus, several franchises had their eye on Deepak Hooda. Besides, he has been in superb form of late. His former franchises like Hyderabad and Rajasthan were among the teams bidding for him, even Bangalore, Chennai and Mumbai tried their luck but to no avail. At the end, it was Lucknow who acquired his services for INR 5.75 crore. 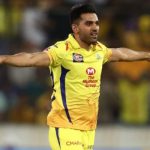