As many as nine Indian boxers have confirmed their berths for the 2021 Tokyo Olympics. This is India’s biggest contingent in Olympics ever. While the players are excited to be part of the mega event in Tokyo, their preparations ahead of the Tokyo Olympics have hit several hurdles due to the Coronavirus pandemic. Owing to the travel restrictions around the globe, Indian athletes have been barred from participating in international events. Also, most of the national camps have been suspended due to the same.

The upcoming Asian Boxing Championships, to be held in Dubai from May 24 to June 1, was the last major event before the Olympics and India’s participation in the competition was uncertain. However, the Boxing Federation of India has confirmed that the Indian players will be participating in the Asian Boxing Championships as they have been granted travel clearance from the UAE government. The likes of Asian games gold medallist Amit Phangal and former Olympic medallist Mary Kom, would be a part of the event.

“We are thankful to the UAE Government, Indian Ambassador to UAE, Mr. Pavan Kapoor and ASBC President Anas Alotaiba who have helped us in every possible way to secure the team’s travel to Dubai. This is a much-needed competition which is crucial for the final phase of training and preparation for the Olympics,” said Ajay Singh, president of BFI.

The players, support staff and coaches have already moved into the bio-bubble and will land in Dubai on May 22. 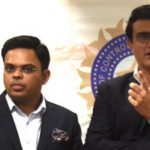 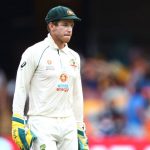