WWE Royal Rumble is all set to be kicked off on Saturday, the 28th of January in Alamodome in San Antonio of Texas. Notably, Alamodome is hosting the Royal Rumble for the third time since the inception of the competition almost 35 years back in the year 1988.

The 2022 edition of the Royal Rumble witnessed some unprecedented results as both men’s and women’s winners were completely out of the expectations of the fans. Minneapolis-based star wrestling sensation Brock Lesnar clinched the title of the men’s Royal Rumble.

Whereas, it was one of the most dangerous unarmed diva Ronda Rousey who lifted the tile by making a comeback in the ring after three years.

Meanwhile, as the 2023 edition is nearing, the fans are also speculating that there might be some WWE superstars who could make a surprise comeback in the ring.

In the same line of assumptions, it is reported that star Canadian diva Chelsea Green might make a surprise comeback in the Royal Rumble of this year.

Earlier, Green was laid off from the WWE owing to the cuts in the budget. Although the reports learned that the COO of company Triple H hired her again.

Coming back to Chelsea’s comeback in the ring, she hinted at this by sharing a GIF on his Twitter handle. The visuals in the GIF posted by Green belong to the 2020 edition of the women’s WWE Royal Rumble.

Here’s a look at the latest tweet of Chelsea Green: 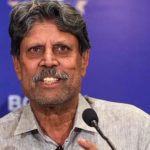 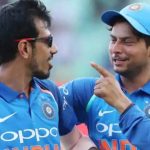