Former WWE Champion Brock Lesnar has been one of the greatest in-ring performers for WWE. However, the Beast in Carnage has not been seen in action since WrestleMania 36 where he dropped his WWE title to Drew McIntyre. It is being reported that Brock’s contract expired and he hasn’t renewed it.

Brock’s absence has affected WWE in big ways as he was being used as the face of WWE. Earlier this year, it was speculated that Brock Lesnar could return to face his long term rival Roman Reigns. However, that didn’t happen either.

Now, Paul Heyman has given an update on the status of Brock Lesnar’s return to WWE. While speaking to DAZN, Heyman was asked who would Brock pick as his opponent between Drew McIntyre and his current client Roman Reigns to which Heyman said that Brock is unlikely to return and challenge Roman Reigns, adding that if he wanted to do the same, he would have already done it.

Earlier, some reports suggested that Brock might go back to UFC but Paul Heyman denied the claims saying that even though he is not under WWE’s contract, he will never return to UFC. 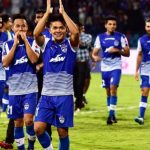 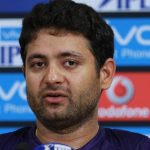