Jinder Mahal is the first Indian origin WWE champion. The ‘Modern Day Maharaja’ went on to claim the WWE title in 2017, defeating Randy Orton at the 2017 Fastlane and held it for six months before losing to AJ Styles days before Survivor Series. Mahal’s run at the top was not appreciated by the fans with many terming him as an “experimental champion”. Jinder Mahal has now responded to the criticism and said he is aware of the issues fans had while he held the WWE title.

“While I was WWE Champion, I was called the the experiment, the unworthy champion, the worst champion of all time,: Mahal said in an exclusive interview with GiveMeSport

Mahal went on to say the people were simply downplaying his achievements. The Indo-Canadian wrestler also rubbished the claims that WWE made him champion because the company wanted to expand its market in India saying that his time as champion had no bearing on the work that WWE was already doing in India.

“So this is just people downplaying my accomplishments. WWE Universe in India, their TV deals everything, were just as much in play when I was in 3MB and while I was released I do believe WWE Raw was the live on Sony. When I was brought back who still write live on Sony.

I wasn’t brought back to become WWE Champion, at that time they separated the rosters again, Raw and SmackDown, and they just needed some people who were TV-ready essentially to throw on and maybe highlight some of the newer talent, but somewhere along the line I knew ‘Hey this is my way in. This is my foot in the door. I’m going to knock the whole door down and I’m going to become WWE Champion.”

A frustrated Mahal then questioned why fans didn’t say that Drew McIntyre was made the WWE champion because WWE wanted to improve their position in the UK.

“So that’s like me saying ‘Hey Drew, you were WWE Champion because WWE wanted to expand into the UK’. Why is that? Why are people not saying that? Right now Drew is celebrated, I’m the one who was this experimental champion, which is untrue. I’ve worked hard for and I’ve earned every opportunity that I’ve ever been given, every championship that I’ve had I’ve worked very very hard for.” 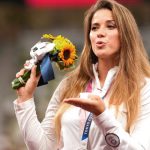 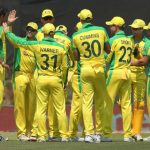