The 14th edition of the Indian Premier League (IPL) is currently in progress amid a massive surge in the COVID-19 cases in India. Many are criticising the BCCI for continuing with the tournament despite the emergency like situation in the country. However, the Australia pacer Pat Cummins reckons that stopping the T20 extravaganza isn’t the answer to the ongoing pandemic.

Cummins is featuring for the Kolkata Knight Riders (KKR) at the moment and has performed decently so far. He was the first among the cricketers to come forward and donate a massive amount of $ 50,000 to the PM CARES Fund to help India recover from its fight against the virus.

While speaking to WION, he opened up about the calls to suspend the IPL and felt that stopping the IPL won’t solve all the problems. Rather he hoped that IPL is bringing smiles to people’s faces and making them stay home with the matches being played every day.

“We are doing everything we can to make sure we don’t take any resources out of the frontline. There’s an aspect that us playing every night for three or four hours hopefully contributes to making people stay at home more, or at least… can help them get through each day. I don’t think ending the IPL is the answer,” Cummins said.

In the meantime, Adam Zampa, Kane Richardson and Andrew Tye are the three Australians who have left the tournament mid-way citing concerns over reaching home from India. However, BCCI, in a letter to all the teams, has assured that they will make sure that all the overseas players reach home safely. 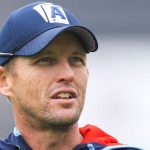