The highly-anticipated Test series between England and New Zealand begins on 2nd June 2022. The two teams will take on each other in a three-match ODI series from 2nd June to 27th June 2022. Ben Stokes has been appointed as the new skipper of the England Cricket Team, while Brendon McCullum has taken charge as the head coach. England have announced the squad for the first two Tests of the series.

Veteran fast bowlers, James Anderson and Stuart Broad have made their return to the Test team. Both are set to be part of the playing XI for the first Test alongside Craig Overton. The batting unit have the likes of Jack Crawley, Ollie Pope, Joe Root and Jonny Bairstow to name a few.

On the other hand, the New Zealand team will be led by Kane Williamson. Ross Taylor has retired from all formats. He will be dearly missed in the series. Devon Conway is likely to open the innings alongside Tom Latham. The middle-order comprises of Daryl Mitchell, Tom Blundell, etc.

Squads of both teams:

All the matches of the Test series will be broadcasted live on Sony Sports Network. The live streaming will be available on the SonyLiv app.

Match Details for the first Test: 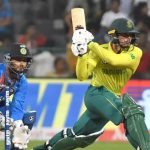