Serbian Tennis star Novak Djokovic is excited to enter the upcoming US open with a chance of winning all the four major grand slams this year. He was frustrated earlier this month after not being able to win a medal for his country in the Tokyo Olympics and in that case, he could’ve attempted for the Golden slam.

Nevertheless, he can still add another feather to his already illustrious cap in Tennis arena by winning the US Open which is set to start from August 30. His closest competitors Rafael Nadal and Roger Federer have already pulled out of the tournament for different reasons.

When asked about excitement about a chance of making it a career slam, Novak Djokovic admitted given this will be the greatest achievement of his career. “It’s an easy question. Yes, it would be. I know how big of an opportunity is in front of me here in New York where I’ve historically played well over the years. It’s probably the most entertaining Tennis court that we have. Crowd will be back on stadium,” Djokovic said according to Times of India.

Novak Djokovic also said that he is extra motivated to do well to win this fourth US Open having laid his hands on the trophy in 2011, 2015 and 2018. However, he understands he will have to keep his emotions in check. “I can’t wait. Honestly I’m very motivated to play my best Tennis. I’m hugely inspired and motivated by that, no doubt. But at the same time, I know how to balance things out mentally, with lots of expectations obviously around,” he further added. 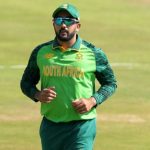