Greek tennis star Stefanos Tsitsipas has resumed training at coach Mouratoglou’s academy. Tsitsipas had retired from the second round match against Alexei Popyrin at the recent Paris Masters. The 23-year old had earlier revealed that he has been struggling with an arm injury which is the reason behind his poor performances in the last few months.

In a video posted on Instagram, the Greek can be seen doing cardio drills. However, Tsitsipas does not play tennis in the video which raises doubts if he has fully recovered from the injury. Tsitsipas reached the finals of the French Open in 2021 but has delivered below-par performances since then. He will look to end the year on a high with a win in the upcoming year-end ATP final.

Tsitsipas has played two seasons of the year-end event and won once, in 2019 but failed to go past the round-robin stage last year.

Post the loss to Novak Djokovic in the French Open final, Tsitsipas had said that the Nadal and Federer era has gone and there is only one big player at present – Novak Djokovic.

He added that he, Daniil Medvedev and Alexander Zverev can dominate the tennis court for the next decade. Medvedev won the US Open this year, defeating Novak Djokovic. Alexander Zverev and Tsitsipas have also appeared in the Grand Slam finals. 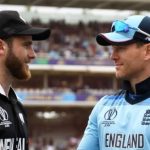