Swizz sensation Roger Federer is considering withdrawing from the French Open despite reaching the fourth round after a hard-fought victory over Dominik Koepfer. Federer is set to take on Italy’s Matteo Berrettini on Monday. The 20 time Grand Slam winner hasn’t played much since undergoing knee surgery in 2020. This is only his third tournament since last year’s Australian Open. Federer has been very clear that he wants to play the Wimbledon thus it wouldn’t be a surprise if he pulls out of the tournament to manage his workload.

“I don’t know if I am going to play,” said Federer, who is just two months shy of his 40th birthday.

“I have to decide whether or not to continue playing. Is it too risky to keep putting pressure on the knee? Is it a good time to rest?”

Federer is chasing his 9th Wimbledon title this year. He is also scheduled to play the warm-up grass court tournament in Halle beginning on June 14, the day after the French Open ends.

“Every match I have to reassess the situation and see the next morning in what state I wake up and how my knee is doing,” added Federer.

In other results, Novak Djokovic defeated 93rd ranked Ricardas Berankis of Lithuania 6-1, 6-4, 6-1. to book his 12th consecutive berth in the French Open. The world number one will take on 19-year-old Lorenzo Musetti in his next game.

Also, defending champion Rafael Nadal reached the fourth round for a record 16th time. Nadal’s 6-3, 6-3, 6-3 victory over Britain’s Cameron was his 103rd victory in Paris. which is a record for most wins at a Grand slam, beating Federer’s 102 wins at the Australian Open. Nadal is eyeing his 14th Roland Garros title and record-setting 21st Grand Slam. He will take on Italian teenager Jannik Sinner in the next game. 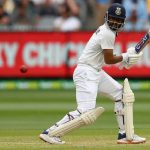 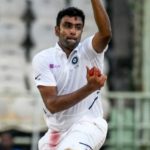