The 25 year old Daniil has tasted phenomenal success of late, which include three titles, and is knocking on the door of Grand Slam success for quite a while now. However, getting past Djokovic won’t be easy as the ace tennis player have won all the eight finals played at Melbourne Park, the venue for the finals.

Talking about his magnificent win in the semi final, Daniil Medvedev said, “”It definitely wasn’t easy,” said Medvedev, only the third Russian after Yevgeny Kafelnikov and Marat Safin to reach the Australian Open final.

“I got a little bit scared and tight (in the third set) because it’s a semi-final of a Slam… but happy I was able to turn my game on, especially in some tight moments on my serve.”

Tsitsipas was coming back from a stunning victory over 20 time Grand Slam champion Rafael Nadal and it was expected to be a close encounter. However, the Russian star made easy work of the fifth seed Tsitsipas and won the match by 6-4, 6-2, 7-4. 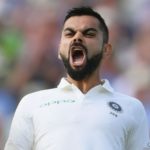