Daniil Medvedev picked up a stunning straight-sets win over World No 1 Novak Djokovic to win the US Open. The win would have given Djokovic his 21st Grand Slam, the most by any player but Medvedev’s 6-4, 6-4, 6-4 win ensured that the Serbian stay on level with Roger Federer and Rafael Nadal with 20 Slams.

He also shattered Djokovic’s dream of becoming the first man to complete a Calendar Year Grand Slam since Rod Laver did it 52 years ago. Interestingly, Laver was among the 23,700 spectators present at the Arthur Ashe Stadium.

“Sorry for you fans and Novak because we all know what he was going for,” Medvedev said.

“What you have accomplished in your career… for me, you are the greatest tennis player in history.”

Medvedev, who ended up being the runners up in the 2019 US Open final won his maiden Grand Slam in his third Slam final. Earlier in February, these two players met in the Australian Open final where Djokovic claimed victory to launch his Slam quest.

“Congratulations to Daniil. Amazing match,” Djokovic said. “If there’s anyone that deserves a Grand Slam title right now, it’s you.”

Djokovic also became the third player to miss out on a Calendar Slam in the final match after Australians Jack Crawford in 1933 and Lew Hoad in 1956. The loss also ended Djokovic’s 27-match winning streak.

Medvedev became the third Russian to win a Grand Slam after Yevgeny Kafelnikov at the 1996 French Open and 1999 Australian Open and Marat Safin at the 2000 US Open and 2005 Australian Open. 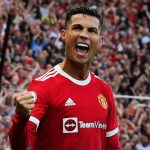 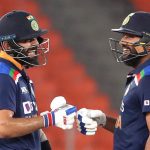