Along with Nishad, India’s Rampal also finished in the top five, occupying the final spot by jumping 1.94m. USA’s Dallas Wise also equalled Nishad’s jump of 2.06m and claimed silver. Another American in the event Roderick Townsend set a new world record by jumping 2.15m to win the gold medal.

Nishad started the final with a jump of 1.89 m and cleared it with ease. Ram Pal also made a fine start by jumping 1.84m. Ram Pal then made a jump of 1.89m to keep in touch with the leaders. With the bar set at 1.94 m, Nishad cleared the mark with ease. However, Ram Pal registered an unsuccessful attempt before clearing it in the second attempt and equalling his personal best.

In the next shot at 1.98, Nishad failed to clear the bar in the first attempt but did it in the second attempt. However, Ram Pal made an unsuccessful attempt, his third and bowed out of the competition.

Nishad then moved to the top but jumping 2.02 m in his first attempt. The two Americans in the fray – Dallas Wise and Roderick too cleared the bar with ease. However, Dallas surprisingly had to take a second shot after failing the first attempt.

The bar was set at 2.06 and both Nishad and Dallas failed to clear it in the first attempt but managed to do so in the second. Roderick though cleared the 2.06 elevation with ease. He then set a new record by clearing 2.15m. 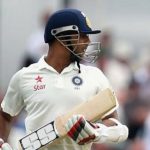