Thangavelu made a jump of 1.86 m to claim silver while Sharad Kumar 1.83m cleared 1.83m to finish third. Another Indian in the fray, Varun Singh Bhati finished 7th after managing to make a jump of 1.77m.

“Soaring higher and higher! Mariyappan Thangavelu is synonymous with consistence and excellence. Congratulations to him for winning the Silver Medal. India is proud of his feat,” PM Modi tweeted to congratulate the 26-year-old.

For Sharad Kumar, Modi wrote: “The indomitable @sharad_kumar01 has brought smiles on the faces of every Indian by winning the Bronze Medal. His life journey will motivate many.” 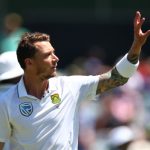