Sania Mirza and debutant Ankita Raina bowed out of the Tokyo Olympics after a shocking loss to Ukrainian twin sisters Nadiia and Liudmyla Kichenok on Sunday. Mirza and Raina dominated most part of their mixed doubles but a dramatic turnaround by Nadiia and Liudmyla Kichenok saw them get past the Indian pair by 0-6 7-6(0) 10-8 win at court 11 of Ariake Tennis Centre. Sania and Raina were on the verge of a comprehensive win when Sania was serving for the match at 5-3 in the second set but perhaps nerves got better of her and she dropped the serve.

Given a reprieve, the Ukrainian sisters stormed back in the match by winning the second set 7-6. They then dominated the Super Tie break and were leading 8-1 before Sania and Raina reeled off seven straight points to make it 8-8. However, they lost the next two points to conceded the game.

Nadiia’s two double faults put the Ukrainians in trouble but they came out unscathed with some solid net-play, making it 2-2. After a see-saw battle in the second set, Sania got an opportunity to serve for the match. She was trailing 15-30 in the 5th game but pulled off a well-calculated lob to ward off the danger. However, she dropped two consecutive points to hand the Ukrainians their first break. From there on, there was no stopping the Ukrainian sisters. 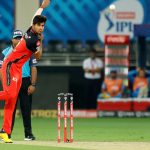