India’s hopes of another medal in Tokyo was quashed when star paddler Manika Batra was knocked out in her Round 3 table tennis match against Austria’s Sofia Polcanova. Batra had no answers to Sofia’s assault and conceded the match 4-0 in just 27 minutes. Batra and Polcanova did exchange some great points to start the match but it was Austrian who prevailed against Manika’s rally and took the first set 11-8. In the second set, Sofia was all over Batra and defeated her 11-2 in just 4 minutes.

Sofia continued her dominant run in the third round as well as Batra failed to put up a fight and lost the set 11-5. In the final one, Batra tried to delay the inevitable by playing some quality long rallies but the match was already done and dusted by then. Sofia took the final set 11-7 and marched into the next round.

Earlier, Sutirtha Mukherjee also crashed out of the women’s singles event after losing her Round 2 match against Portugal’s Fu Yu. Meanwhile, Achanta Sharath Kamal moved to the third round of the men’s event after picking up an impressive 4-2 win over Portugal’s Tiago Apolonia.

Post Batra’s exit, the fans back home are left disappointed. However, they are not short of a word of praise for the paddler.

A distraught @manikabatra_TT in tears. Couldn’t speak post the Match. You have given your best. That no one was there in her corner rankles her big time. She did not say a word and just couldn’t speak and choked. You have done your best, that’s what matters.#TokyoOlympics2020

You may have lost in Tokyo but you’ve won every heart in India! #ManikaBatra, a true champion! India just couldn’t be more proud of your performances!!! ❤️#HumHongeKamyab! 🇮🇳

Tough luck @manikabatra_TT …you are an absolute Champion and fighter . You've fought well and made us proud .. please don't shade your tears we 🇮🇳believe in you..All the best for future#Cheer4India #TokyoOlympics2020 pic.twitter.com/bv25vGySTy

She didn't lose It was heartbreaking to see Manika played without a coach. There was no one to guide her. but still she played brilliantly! And had given tough match to World no.16 champion💪🏼🔥 usne kaha tha Tokyo me kuch shock kr k aaugi #Cheer4India🇮🇳 #ManikaBatra #TeamIndia pic.twitter.com/FnsNUstJaE

The pain you feel today will be the strength you feel tomorrow. The road to sports greatness is always marked by ability to constantly overcome adversity & loss pic.twitter.com/tlcxkuBy6U

The pain you feel today will be the strength you feel tomorrow. The road to sports greatness is always marked by ability to constantly overcome adversity & loss pic.twitter.com/tlcxkuBy6U

It was heartbreaking to see Manika play without a coach. There was no one to guide her. I don't know why her request for field-of-play access to her coach (Sanmay Paranjape) was denied by the organisers….but still she played brilliantly! 💪🔥 #manikabatra #TokyoOlympics2021 pic.twitter.com/mmlyAIxGKB 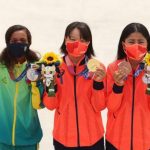 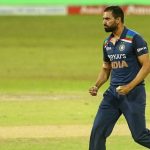