Indian wrestler Bajrang Punia gave India its sixth medal as he won bronze in the Men’s Freestyle 65kg event at the 2020 Tokyo Olympics, defeating Kazakhstan’s Daulet Niyazbekov 8-0. This is India’s second medal in Wrestling in Tokyo Olympics after Ravi Dahiya, who won silver. Punia emulated KD Jadhav, Sushil Kumar, Yogeshwar Dutt and Sakshi Malik by winning bronze. Apart from this, Sushil (in 2012) and Ravi Dahiya (in 2020) have silver medals from wrestling in Olympics.

Punia started aggressively and soon took a 2-0 lead before taking four more points with just over one minute left in the first period. With just 20 seconds left in the period, Punia fetched two more points to take an 8-0 lead.

The Kazakhstan wrestler had defeated Punia in the 2019 World Championships. However, the Indian got the better of him before the Tokyo Olympics. Niyazebekov is a 2019 World Championship silver medallist and 2018 Asian Champion as well. Earlier, Bajrang lost the men’s 65kg freestyle semi-final to Azerbaijan’s Haji 8-1.

Twenty-seven-year-old Punia started his Tokyo Campaign against Kyrgyzstan’s Ernazar Akmataliev, defeating him 3-3 after scoring a later point with a smart take-down towards the end of the bout. In the 1/4 final, he got the better of  Morteza Cheka Ghiasi of Iran to win by fall.

He is also the current Commonwealth and Asian games champion of the 65kg category. He had won a silver medal in the 61kg category in the CWG and Asiad in 2014 respectively. 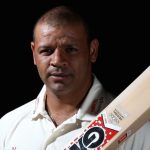 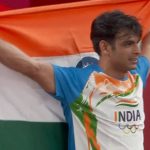