The Tokyo Olympics are currently in progress and the action is set to continue until August 8. With COVID-19 affecting the city, all the games are being played behind the closed doors. Many players pulled out after testing positive just before the Olympics began but fortunately, no case has been reported from the village after the games commenced on July 23.

However, even before the Olympics got underway, the people in Tokyo weren’t happy as the positive cases for the virus were already increasing and they wanted the Games to be cancelled. The Olympics were already postponed last year with most of the countries going into lockdown thanks to COVID.

On Sunday, the unrest against the Olympics was once again visible as a small group of around 10 people was seen protesting outside the Tennis venue where the Gold Medal match between Alexander Zverev of Germany was facing Karen Khachanov of ROC.

The group was heard chanting in English, “No more Olympics” and “Stop playing games. Cancel the Olympics.” One of the protesters held the banner which read, “Stop playing the Games. People are suffering and dying! Save lives, not the Olympics!”

Moreover, the chants were clearly being heard at the centre court where the match was in progress. Police intervened later and moved the group away from the venue. As far as the match is concerned, Zverev continued his good form and won the Gold Medal for his country easily beating his opponent in straight sets 6-3, 6-1. 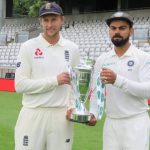 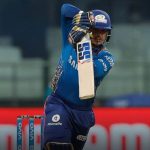