Disappointed with her performances in the Tokyo Olympics, grappler Vinesh Phogat is not sure when, if at all, she will return to wrestling. After being carried on a stretcher in Rio, Vignesh went to Tokyo Olympics as top seed. However, she lost to Belarusian Vanesa Kaladzinskaya in the quarterfinals.

“I don’t know when I will return (to the mat). Maybe I won’t. I feel I was better off with that broken leg. I had something to correct. Now my body is not broken, but I’m truly broken.”

Phogat had a tough time in the build-up to the Tokyo Olympics as she contracted COVID-19 twice. She also battled mental health issues. She also spoke to a psychologist but felt enough attention was not paid to the issue in India.

“We celebrate Simone Biles as she said that I am not mentally prepared to perform at the Olympics and did not do her event,” she said, referring to the American gymnast who skipped most of her Olympic events in Tokyo to focus on her mental health.

“Try just saying that in India. Forget pulling out of wrestling, just try saying that you are not ready.”

Phogat was recently suspended by WFI for indiscipline in Tokyo Olympics. She was charged for indiscipline on three occasions and was issued a notice to which she had to revert to the WFI by August 16. 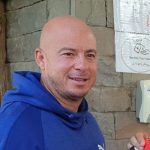 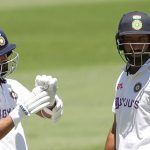