India sent its biggest contingent ever to the Tokyo Olympics and there were a lot of hopes of the athletes winning a lot of medals. Some of the athletes were World Number 1 and were expected to dominate the proceedings in the Olympics in Tokyo. However, that hasn’t been the case and a lot of them have returned without medal.

While the country has continued to laud the athletes for their efforts, Gagan Narang has opened up on the possible reasons for them not winning the medals in Tokyo Olympics. India had hopes of winning a lot of medals in Shooting, Boxing and Archery. But the top players couldn’t put in their best performances when it mattered the most and returned empty handed.

Interestingly, the medals have been assured so far from the unranked players and Gagan Narang is of the opinion that being the world no.1 puts more pressure on the athletes during the Olympic Games. Narang won the Bronze medal for India in London Olympics 2012 in 10 metre Air Rifle event.

“When you are top-ranked in an event, nobody expects anything less than a gold from you. It somewhere plays on your mind. When I used to shoot, I always made sure to put full focus and attention on building a perfect technique under pressure. If that yielded results, it was fine, but the focus was never about rankings and result in the lead up to the Olympics,” Gagan said while speaking to Times of India. 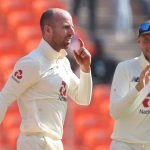 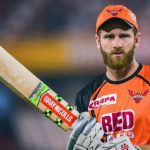