Tamil Thalaivas will take on in-form Haryana Steelers on Monday (10 January) in vivo Pro Kabaddi League Season 8. The team from Tamil Nadu have had an impressive start to the season with captain Surjeet Singh and Sagar marshalling the defence. They will however be facing a Haryana squad who are on a 3-match unbeaten run.

The second match of the day will feature Jaipur Pink Panthers and Dabang Delhi K.C. Both games will be held at The Sheraton Grand, Whitefield, Bengaluru – the fixed venue for Season 8 of vivo PKL.

Young all-rounder Meetu has been impressive for Haryana Steelers in the last few matches. Everyone expected Vikash Kandola to be their main raider for the season but Meetu’s emergence as a reliable alternative has made coach Rakesh Kumar’s team top contenders.

Haryana’s raiding unit has been ably backed by the defensive duo of Surender Nada and Jaideep. The former’s experience in the left corner has often made the raiders venture deep for points, allowing others to pounce. Jaideep, meanwhile, has been a powerhouse, often single-handedly stopping raiders with thigh holds and charges. Both have 20 tackle points each this season.

Tamil Thalaivas’ defence has not fared badly either. Surjeet Singh and Sagar gave even the likes of Delhi’s Naveen Kumar a scare with their combination moves. Surjeet has 22 tackle points while Sagar has 17, making Thalaivas a reliable defensive unit. They are yet to lose a match after their opener. Thalaivas raiders Manjeet and Bhavani Rajput will need to fire right from the first whistle to keep Haryana at bay. In Ajinkya Pawar, the Thaliavas have a dynamic raider who can change matches in a matter of minutes.

Only two raiders have managed to score Super 10s in all their matches of Season 8 – Naveen Kumar of Delhi and Arjun Deshwal of Jaipur Pink Panthers. The two young stars of Kabaddi will be on the mat when the teams lock horns on Monday. Their Super 10s have had contrasting impacts on their teams. Naveen has ensured Delhi stay close to the top while Jaipur have struggled to capitalise on their raider’s heroics.

Defender Sandeep Dhull’s return to the left corner will give Jaipur much-need confidence. He was instrumental in their win against Puneri Paltan but will face a completely different challenge in Naveen Kumar. Naveen was, however, tackled 5 times by the U.P.

Yoddha defence in the first half of his previous match which should give coach Sanjeev Baliyan confidence to try a bold defensive approach. With no other raider impressing apart from Arjun Deshwal, the coach might start with 5 defenders and two raiders in the lineup. Arjun will be eyeing the error-prone Delhi covers Jeeva Kumar and Manjeet Chhillar for the points but the match will be decided on how well the Panthers handle the Naveen “Express”. 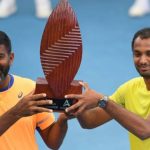 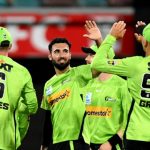