MUMBAI, AUGUST 5th, 2022: Pawan Kumar Sehrawat emerged as the most expensive buy on Day 1 of the Mashal Sports-organized Vivo Pro Kabaddi League (PKL) Season 9 Player Auctions held in Mumbai on Friday, 5th August 2022. Meanwhile, Guman Singh emerged as the most expensive Category B player at the Vivo Pro Kabaddi League Player Auction, being bought for a whopping INR 1.21 crore by U Mumba.

A total of 30 players were sold to the 12 franchise teams with as many as 4 Final Bid Match (FBM) cards being used on Day 1. The auction witnessed teams spend INR 18.11 Cr on Day 1, across the various categories of players being auctioned.

The highlight of the auction was Pawan Kumar Sehrawat smashing the all-time record after he was bought by Tamil Thalaivas for a whopping sum of INR 2.26 crore. Meanwhile, Vikash Khandola found a new home in Bengaluru Bulls after he was bought for INR 1.70 crore (a record he held till Pawan Kumar Sehrawat was bid). The raider became the second most expensive buy ever in the vivo Pro Kabaddi League Player Auction history. Pardeep Narwal returned to the UP Yoddha side after the franchisee used the Final Bid Match (FBM) Card at INR 90 lakh.

The Iranian kabaddi legend Fazel Atrachali broke the record for the most expensive defender and overseas player ever after being acquired by Puneri Paltan for INR 1.38Cr. Atrachali held both the records previously when he was picked by U Mumba for INR 1 crore in the 2018 vivo Pro Kabaddi League Player Auction. While his compatriot, Mohammad Esmaeil Nabibakgsh (F) was acquired by Puneri Paltan for INR 87 lakh.

Speaking on behalf of Mashal Sports, CEO, Sports League, Disney Star and League Commissioner, vivo Pro Kabaddi League, Mr. Anupam Goswami said, “It was a fabulous day for all the teams on Day 1 of the player auctions. All the franchisees strategized well and we saw some great bids happen today. We have a lot of action coming up tomorrow and I hope all the teams will be able to build their desired squads.”

TOP 5 Category A players on Day 1

TOP 5 Category B players on Day 1

Total amount spent by teams until end of Day 1

Mashal Sports and Disney Star, in collaboration with the Amateur Kabaddi Federation of India (AKFI), have built PKL into a successful sports league. It has the largest number of matches for any national league in India. PKL has transformed the image of India’s indigenous sport of Kabaddi and its athletes nationally as well as across the world. Several Kabaddi-playing nations have strengthened their domestic Kabaddi programs because of the participation of their players in PKL. 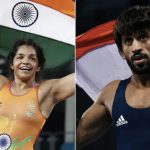 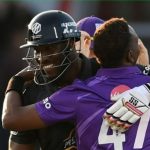