The organizers have done with the auctions of the Pro Kabaddi 2022. The 12 Franchises have decided to few big names in the recently-concluded auction for the ninth season of the League. Mumbai hosted the two-day-long event of auction. During this auction, the four players ended up joining the ‘Crorepati’ club of the Pro Kabaddi League.

Iranian superstar all-rounder Fazel Atrachali went on to achieve one of the biggest bids with 1.38 crore. Puneri Paltan won this bidding war among some bids from the other franchises as well. Apart from this, senior Indian player Pawan Sehrawat ended up being the costliest player in the history of PKL auctions. Tamil Thalaivas signed Sehrawat for an amount of INR 2.26 crore.

Atrachali and Sehrawat have enjoyed a fair hike this year. But things were not similar with some other players during the auction, their salaries have fallen down almost half in comparison to the one they received in the last season of 2021.

So, here we’ll have a look at the five players whose salaries are very lesser than they received in the PKL season of 2021. Telugu Titans signed the talented raider for a handsome amount of INR 1.3 crore. But Siddharth Desai could get a chance to feature in only three matches for the franchise as he sustained an injury during the season. Although he performed a bit well in the chances he got to play.

Later on, the Titans went on to release Desai before the auction for PKL 2022. Everybody was hoping that he will get many buyers easily but the Titans bid for him and added him to the team only at his base price which was INR 20 lakh. 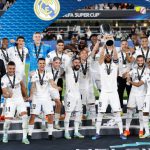 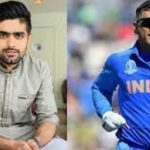