Indian midfielder Manpreet Singh will lead the Indian hockey team in the Tokyo Olympics. The women’s team will be led by Rani Rampal. Both the men’s and women’s team will have two vice-captains each. While Birendra Lakra and Harmanpreet Singh have been named vice-captains for the men’s hockey team, Deep Grace Ekka and Savita Punia will be Rani’s deputy.

Rani Rampal has been the Indian skipper for four years and guided India women’s to wins in Asia Cup in 2017, a silver medal each at the Asian Games in 2018 and the Hockey Champions Trophy in 2018. She also took India women to FIH Hockey Series Final in 2019 and also led them to their maiden World Cup quarterfinal in 2018. Rani’s deputies – defender Deep Grace Ekka and goalkeeper Savita Punia – have been in the core group for close to a decade.

“This Olympics will be truly special, and I am humbled to have this opportunity of representing India at the Olympics for the third time, this time as team captain. It is a very proud moment for me to be given this charge,” said 28-year-old Manpreet.

“Over these past few years, we have developed a strong leadership group and have successfully overcome the challenges posed by the pandemic to not drop our form and keep our minds and fitness focussed towards doing well at the Olympics,” he said. 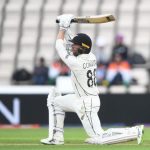 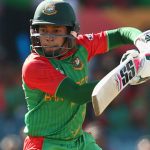