The football world was taken aback by news of the twelve top clubs forming a breakaway European Super League. The league received massive criticism which forced eight of the twelve clubs to pull out of the league. However, despite other clubs taking a step back, Real Madrid president Florentino Perez has not withdrawn from the project.

The UEFA had earlier said that any club participating in the controversial league will be banned from taking part in the European competitions.

Real Madrid is set to take on Chelsea in the first leg of Champions League’s semi final. With Madrid still not backing away from the Super League, there were few doubts about their participation in the semi final.

Reacting to the same, Real Madrid boss Zinedine Zidane has called UEFA’s threat to kick the clubs out of the Champions League as ‘absurd’.

“We have the right to play the Champions League, it is absurd, and we are going to prepare for it.,” Zidane said.

However, UEFA President Aleksander Ceferin made it clear that there was only a relatively small chance of the Champions League semi-final between Chelsea and Madrid not taking place.

Talking about his players’ injuries, Zidane said, “Toni (Kroos) won’t be with us (tomorrow), while Luka will be. So it is both bad and good news. Eden (Hazard) will be with us, he is in the players list for the match and this is more good news for us, all these players who will be available to play.”

When asked about Sergio Ramos, he said, “I see him doing well, in great spirits. I think he has been struggling with a few issues, but now he is doing much better.

“He is training on the pitch now, not with us yet, but I think it is a matter of days before he will be with us again. I am glad because we always want him to be with us.

Also read what Joan Laporta has to say about Super League 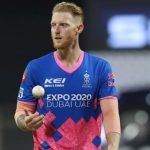 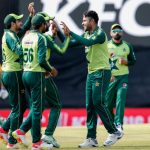