West Ham coach David Moyes has revealed that he won’t be disappointed if his side misses out on the top 4 finish in the Champions League qualifiers. West Ham is currently settled at 4th, one point ahead of Chelsea and one point behind Leicester.

They are all set to lock horns against Newcastle on Saturday. The club has been a real surprise in the tournament and will go into the match with a lot of confidence after a magnificent 3-2 victory over Leicester.

“Should we be disappointed not making the Champions League? We won’t be disappointed but I think deep down if I don’t keep pushing those teams hard then I would be disappointed,” Moyes said. “That’s what I want to do. I want to try and take it as long as I can, right to the end. “I feel as if we have to try and win our games. If we do that, then we will give ourselves a chance.”

West Ham will be taking on Chelsea and Everton in the coming weeks thus they can’t afford to drop points if they are to keep their hopes alive for qualifying in the Champions League.

Moyes, who took Everton to the top four finish in the 2004/05 season, said that he is not looking too far away and will take one game at a time.

“When you are ahead in the table at this moment in time of Chelsea, Liverpool, Tottenham, Everton, Arsenal, it would be very difficult to say that it is in our hands because we are talking about incredibly good teams, with strong squads, who have spent a lot of money,” Moyes added.

“It will be hard, but we will keep going, we take one game at a time at the moment and see where we end up.” 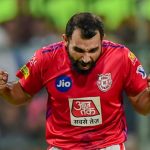 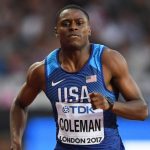