In an unfortunate incident, an Algerian second division footballer Sofiane Lokar lost his life after suffering a cardiac arrest in the middle of the match. He was leading Mouloudia Saida against Oran Association. Despite desperate attempts by the medical team, Lokar’s life could not be saved. As per reports, Lokar had collided with his own goalkeeper during the 26th minute of the match. After receiving minor treatment by the medical team, he was declared fit to play. Nine minutes later, he again fell to the ground. The medical team rushed to the ground to attend Lokar but his life could not be saved. It was revealed that Lokar suffered a heart attack.

Notably, Lokar had married just a week ago. Meanwhile, this is the second instance of a footballer passing away during a game. Recently, Croatian defender Marin Caric passed away due to a fatal heart attack.

Another video is circulating on the internet where Sofiane’s teammates and opposition players can be seen crying.

4th soccer player this wk…
Algerian player & captain of MC Saida, Sofiane Loukar, collapsed during a game on Sat from an apparent hrt attack
💔 video of his teammates & opposing team in the aftermath, its clear that he was loved by many

What is happening?!! This is not normal! pic.twitter.com/IT1O38l1wP

Earlier, this year during the Euro 2020, Danish footballer Christian Eriksen also collapsed midway through the match. However, the doctors were able to save his life. Eriksen should also be thankful to his teammates who gave him CPR and a defibrillator before he was taken to hospital. 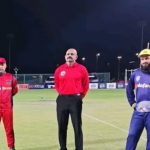 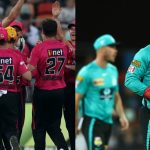