The war and political situation between Russia and Ukraine has given birth to a lot of tension across the globe. The entire world stands together in protest of the war. The sporting world also has come up in the defense of the war against Ukraine.

In a match between Everton and Manchester City, Ukraine star, Oleksandr Zinchenko, who plays for Manchester City, could not hold back his tears as both teams stood in support of his country. Premier League clubs have been allowed express their support this weekend. As they lined up to face Everton, City players wore jerseys in support of Ukraine, chanting “No War” and criticizing the Russian government’s activities.

During the warm-up, Zinchenko and Vitaliy Mykolenko, a Ukrainian player in the Everton camp, shared an emotional moment as they bonded in the center of the field. Due to the situation, another Ukrainian player, Andriy Yarmalenko, was given time off by West Ham, although ZInchenko and Mykolenko were listed on the bench by their respective teams ahead of the match on Saturday evening.

Speaking of the match, the game was leveled for the most time in its course. Manchester City then scored a goal towards the end of the day. Phil Foden scored the only goal of the match in the 82nd minute.

Notably, Russia and Ukraine are in a state of war after Russia launched an attack on Ukraine. Hundreds of innocent lives have been lost due to the concerning situation. 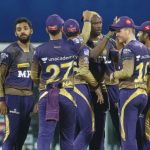