UEFA has ordered England to play their next two matches without supporters after their bad behaviour after the final of the Euro Cup at Wembley earlier this year. The European Soccer’s governing body released a statement regarding the same on Monday. Meanwhile, English FA has also been fined for 100,000 Euros by UEFA.

Italy had won the Euro Cup final on July 11 in a penalty shootout and the England supporters had then created a ruckus at the venue. A few videos of them beating Italy fans also went viral and moreover, it was reported that some ticketless fans also breached the security to enter the stadium.

UEFA took those incidents seriously and opened a disciplinary investigation soon after the final. They hit English FA with four charges – invasion of the field by fans, throwing of objects, disturbance caused during the national anthem and the lighting of fireworks.

The FA also released the statement after the fine was imposed stating that they were disappointed with the verdict but respect UEFA’s decision as well. FA has also launched an independent review to take note of the disturbances after the Euro Final.

“Although we are disappointed with the verdict, we acknowledge the outcome of this UEFA decision. We condemn the terrible behaviour of the individuals who caused disgraceful scenes in and around Wembley Stadium at the Euro 2020 final, and we deeply regret that some of them were able to enter the stadium,” FA said according to the Times of India. 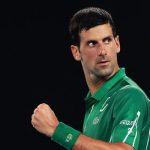 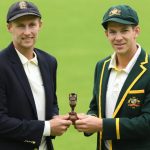