The Indian Super League has grown leaps and bounds from the days of its inceptions and now features some world-class players. The quality of games has also improved massively with different tactics and playing styles being invented by coaches.

The huge improvement has also brought about some quality midfielders in the league who have run the game with their great technical ability and vision.

Let’s look at the top 5 best ISL midfielders of all time:

In just 4 seasons Boumous has risen to the top of the assist charts in the ISL. With 32 assists in 87 games, Boumous’s stats speak for themselves. Apart from being the highest assist provider of all time, he is also the highest chance creator (231) in the league. Currently playing for ATK Mohun Bagan, Boumous is widely considered one of the best midfielders in the league, known for his technical ability, vision and passing range. 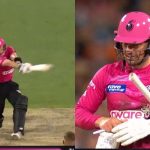