Despite struggling with injuries, striker Teemu Pukki and skipper Tim Sparv have made it to the 26 member Finland squad for the Euro 2020. Midfielder Sparv returned to action and played 45 minutes of Finland’s 2-0 loss to Sweden on Saturday after being on the sidelines since March due to a knee injury. Post the match, Tim took to his social media handle and revealed that he felt no ill effects following his comeback.

Finland coach Markku Kanerva is also hoping that Teemu Pukki, who was in stellar form in Euro qualifiers, scoring 10 goals, would have recovered from his ankle injury before Finland take on Denmark in the Group B opener at the Parken Stadium on June 12.

🇫🇮| Finland have announced their 26-man squad for #EURO2020!

“We have had some small injuries and we’ve been forced to take them into account when selecting the squad,” Kanerva told reporters, adding that it was the toughest selection that he had ever had to make.

Kanerva further lavished praise on his team and looked confident of delivering a stellar performance in the Euro 2020.

“There’s something special about this team. We have a tight squad and that will be seen on the pitch and at home in front of the TVs,” he said.

“I don’t think many people know how good we are as a team. At the Euros we will show that we are better than many believe,” he added.

Following their opener against Denmark, Finland will take on Russia on June 16 and Belgium on June 21, with both games taking place in St. Petersburg, Russia. 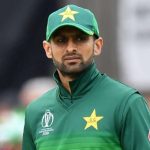 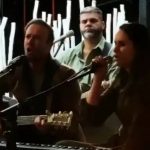