Paris Saint-Germain (PSG) have included Lionel Messi, Kylian Mbappé and Neymar in their squad for the 2021-22 UEFA Champions League. The Champions League is considered as the final frontier for the PSG, who are yet to win Europe’s elite competition. However, the club is being seen as one of the contenders to win the title after signing some big players, including Lionel Messi and Sergio Ramos. Messi was roped in by PSG on a free transfer after Barcelona said they can’t afford Messi.

With plenty of quality players up their sleeves, Mauricio Pochettino had a tough time in picking the 25-man squad and eventually had to leave out Sergio Rico, Rafinha and Juan Bernat to make way for Lionel Messi, Sergio Ramos, Gini Wijnaldum, Gianluigi Donnarumma and Achraf Hakimi.

PSG will have to go through a difficult group to advance to the Champions League knockouts. They are clubbed together with Premier League Champions Manchester City along with RB Leipzig and Club Brugge from Belgium. PSG open their campaign against Club Brugge before taking on Manchester City at the Parc des Princes on the 28th of September.

The PSG squad for the Champions League is as follows: 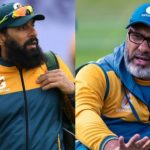 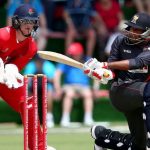