Australian forward Joel Chianese has got a one-year extension at the Hyderabad FC after the cub successfully extended his contract. The extension means that Chianese will stay with the club till the 2021-22 season of the Indian Super League.

After struggling with an injury in the early part of the season, Chianese made a strong comeback and played 12 games for the Hyderabad FC in the last season.

Post the season, Chianese signed a short term deal with Perth Glory, which is set to expire on May 31, 2021. The news of Hyderabad FC extending Joel’s contract was confirmed in an official statement released by the club.

“ISL side Hyderabad FC and Australian attacker Joel Chianese have agreed terms for a one-year extension,” read an official statement from the club.

Earlier, Hyderabad FC released Liston Colaco for a record transfer fee for an Indian player to ATK Mohun Bagan. The club later confirmed that the deal was completed with a focus on long term sustainability.

“With a focus on long-term sustainability, Hyderabad FC agreed for Liston’s move in a deal that fetches the highest-ever transfer fee received for an Indian player,” stated Hyderabad FC

Liston, who joined the club in January 2020, played 23 games for the ‘Nizams’ in the ISL and scored four goals and three assists. His performance for the club earned him his maiden call up for the Indian football team. He was selected in India’s squad for their international friendlies against UAE and Oman in Dubai. He made his debut against UAE, a match where the visitors were thrashed 0-6. 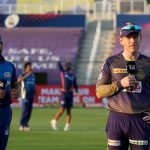 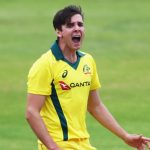