The ball found its way into Messi’s path who lobbed his first-time shot over the head of goalkeeper Luis Lopez. The Paris Saint-Germain (PSG) attacker’s awareness of spotting Lopez off his line and his ability to execute a shot like that served as a reminder of his talent.

Despite being 35 years old, the former Barcelona star is in fine form heading into the FIFA World Cup in November. This was PSG forward’s second goal of the night after he slotted home a penalty in first-half stoppage time. He also played a huge part in La Albiceleste’s opening goal in the 16th minute.

His immaculate pass over Honduras’ defense found Papu Gomez on the left flank, who squared the ball into Lautaro Martinez’s path for an easy finish. Argentina’s number 10 played the full 90 minutes of the game and is expected to start against Jamaica.

The seven-time Ballon d’Or winner has started the season like the Messi of yesteryear. He has six goals and eight assists across competitions for PSG and is untouchable in manager Christophe Galtier’s starting XI.

The two-time FIFA World Cup winners take on the Caribbean country on Wednesday (September 28) in New Jersey, USA. This will be their final international fixture before they head out to Qatar in November for the World Cup.

With the win, Argentina remain undefeated in their 34 matches since last losing to Brazil in the Copa America semi-final back in 2019. They are three matches away from tying Italy for the longest international unbeaten streak – a mark they set just last year.

Honduras striker Romell Quioto had very little supply all day as his side finished with 33 per cent possession, but he did himself no favours. Of his four passes in the final third, only one found a teammate, and he finished with no shots and no chances created before being subbed off in the 83rd minute.

Argentinian coach before the game : protect Messi at all costs

I love Ronaldo, but u just gotta admit Messi is the goat 🐐, and that’s without disrespecting Cristiano, he’s 100% second best player of all time

When God wanted to play football he came to earth as Messi😊 and he thought we wouldnt notice pic.twitter.com/dSIBo5OMHe

Now you know why the media push about messi is a goat. Because goat live in a farm with farmers.

The day the king retires I might just stick to watching his clips every weekend. Man is a definition of football, Messi is football.

It's a bit old but still

Everyone gone quiet now Messi is having a crazy season and Ronaldo is yet to score or assist. Keep the same energy from last season

It's 2022 and Leo Messi is comfortably the best playmaker in the world.🐐 #Argentinapic.twitter.com/CnIzlqJChQ 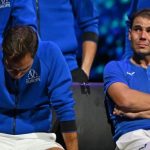 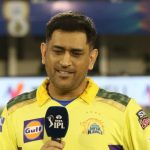