In a column for Tribuna de Minas, Borges slammed the club stating that they sold the youngster as a pair of sacks even before he could experience what it is like playing at Maracanã. “Debuted, seduced, subdued, and left. Kayky was sold to Manchester City as a pair of sacks of soybeans.

“Kayky will probably leave Fluminense without having entered the field at Maracanã once before the tricolors. Without being greeted by rice powder. Without hearing that loving Fluminense is our root,” Borges wrote in his column.

Kayky was sold to Manchester City, a prominent English Football club, for a initial transfer fee of €10-million. The supporters of Fluminense have only one season to appreciate Kayky’s football skills and that too without entering the stadium. Most of the leagues are currently going on behind closed doors due to the prevailing COVID-19 situation in the country and world as well.

It has also been understood that the clubs in South America have suffered a lot financially due to the ongoing pandemic and the Brazilian giants are in desperate need of cash infusion. The transfer sale provides them exactly what they want and this has led to a talented football player being sold to Manchester City and it remains to be seen if he gets a chance to represent them at the earliest. 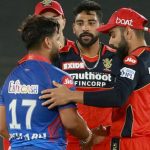