Day 6 of the FIFA World Cup 2022 saw the tournament’s first red card being handed to Wales Goalkeeper Wayne Hennessey. He was sent off by the referee in the Group B encounter against Iran at the Ahmed Bin Ali Stadium in Al Rayyan on Tuesday.

In the 86th minute of the match after spotting Iran striker Mahdi Taremi free on goal, Hennessey charged outside the goalkeeping box to challenge the Iranian striker. However, his effort went wrong as he ended up fouling, leading to widespread protests from Iran players.

The stopper was initially given a yellow card but the referee changed his mind after seeing the replays of the VAR screens and gave Hennessey the marching orders. The 35-year-old became only the third goalkeeper in the history of the World Cup to be given a red card.

After Hennessey was given the red card, Wales substituted midfielder Aaron Ramsey for Danny Ward with three minutes left in the match. After the 90 minutes ended at 0-0, Iran scored two goals in the extra time and Wales lost the match 0-2.

In the 98th minute, Rouzbeh Cheshmi gave Iran a 1-0 lead by a stroke from way outside the box. After that, Ramin Rezaeian, who got a yellow card in the 94th minute, drilled another goal and helped Iran secure a crucial win.

Iran started the 22nd edition of the FIFA World Cup with a defeat to Harry Kane’s England by 2-6. However, they managed to bounce back against Wales on Friday. Iran are now in the second position in Group B, and England are in the first position as of now. Talking about Wales, they started their campaign with a draw against the USA, followed by a loss against Iran.

Wales’s next match is against England which is going to be very tough for them. English side are oozing with confidence, after securing a dominant win against Iran. Iran will look to seal their spot for the 16-men knockout round in the match against the USA. 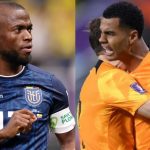