Ahead of their Euro 2020 opener against Turkey, Italy has been dealt with a massive blow as Lorenzo Pellegrini is all set to miss the Euro 2020 due to injury. The midfielder reaggravated his thigh injury during training this week. Italy has now asked UEFA for permission to replace the injured midfielder with Gaetano Castroville. Teams can replace an injured player in the 26 man squad 24 hours before the kickoff of their opening game, and goalkeepers at any time.

” Subject to diagnostic tests this morning, (Pellegrini) will still remain in the national team that will move to Rome this morning,” the FIGC said.

” As a precaution and awaiting feedback from UEFA, midfielder Gaetano Castrovilli will join the group in Rome.”

Italy will also be without the services of midfielder Marco Verratti. Stefano Sensi has already been ruled out of the European Championship.

Verratti suffered a knee ligament damage last month while playing for his club Paris Saint-Germain and returned to training ahead of Euro 2020. He is likely to sit out from Italy’s second match against Switzerland on June 16 and Wales on June 20. Sensi, on the other hand, suffered a thigh muscle problem while playing for Serie A champions Inter Milan. Atalanta midfielder Matteo Pessina has been called as a replacement for the injured Stefano Sensi in the Italy squad. 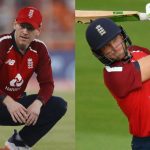 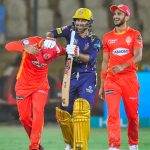