After almost a month of thrilling action, Euro 2020 will see a new champion with Italy and England making it through to the summit clash. Italy have exceeded expectations and have emerged as the best team of Euro 2020. They are the only team that are yet to lose a game in the tournament. England, on the other hand, have picked up the momentum after a slow start.

The Harry Kane-led side defeated heavyweights Germany in their final Round of 16 game before crushing Ukraine 4-0 in the quarter-final. They conceded their first goal in the semi-final against Denmark but bounced back to clinch the game. Italy have a slightly better record against England with 11 wins and 8 losses but given the magnitude of the clash, both teams have an even chance of winning the trophy.

Italy vs England Head to Head 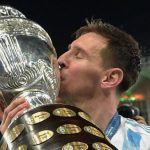