Germany will take on Hungary in a Group F match of the Euro 2020. Germany come into this match on the back of a sizzling 4-2 win over defending champions Portugal. Manchester City centre-back Ruben Dias and Borussia Dortmund left-back Raphael Guerreiro scored in the first half before Chelsea forward Kai Havertz and Atalanta left-back Robin Gosens hit the net in the second half to seal the deal for Germany. For Portugal, Cristiano Ronaldo and Diogo Jota scored consolation goals.

Hungary, on the other hand, drew 1-1 to France. Fehervar right-back Attila Fiola scored the goal for Hungary which was levelled by Barcelona forward Antoine Griezmann. Germany leads Hungary 13-10 in the win-loss record and will start as favourites.

Defending Champion Portugal and World Champion France clash in a colossal Group F battle. Portugal will look for redemption after a crushing defeat to Germany. France, on the other hand, will eye a win after a 1-1 draw against Hungary. While France’s five-game winning streak came to an end, they remain unbeaten in their last nine outings. France have a dominant record over Portugal, winning 19 of the 27 games. However, Portugal claimed victory when these two teams last met in the last edition of the European championship. 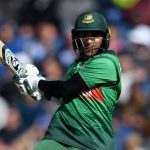 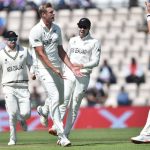