Monday, 5th September brings a double header in the Durand Cup 2022. These will be the last two games of the group stage and the four teams involved will have plenty to play for.

Let’s look at all the details for the final day of the Group stage in the Durand Cup.

The penultimate game of the Durand Cup 2022 group stage brings two of the bottom teams in Group B against each other. Rajasthan United with four points in three games sit fourth while Indian Navy with one point in three matches sits at fifth place.

Rajasthan United got off to a great start in the tournament winning their first match but have since then gone on a downward spiral. They drew their second match and lost the third and are now struggling to get into the next stage. Rajasthan however still have a chance to get to seven points and qualify. They would however need a massive victory as they have a goal difference of -3. If they’re to displace ATK Mohun Bagan from the number two position, they would have to win their next match win a five-goal difference.

Indian Navy is out of contention for the next stage as they have just one point. They have had an even poorer campaign as they lost two matches and drew one. Even if they win their next match they will not be able to qualify for the next stage of Durand Cup 2022.

The last match of the group stage in the Durand Cup pits the third and fourth-placed teams from Group C against each other.

With four points in three matches, Chennaiyin FC are coming off a win in the last game. They would need at least one point to replace Army Red from the second position.

Neroca FC also have four points and one point will see them go level with Army Red. That however would also mean a point for Chennaiyin and Neroca would still be behind them on goal difference. The Neroca FC would have to win their next match if they are to qualify for the next stage. 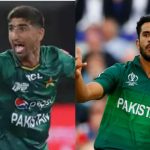 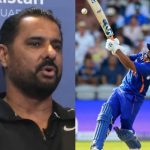