Portugal, led by legendary Cristiano Ronaldo, could miss out on the 2022 FIFA World Cup owing to a stern qualification scenario ahead. After failing in the qualification round, Portugal now rest their hopes of qualifying for World Cup on the playoffs. However, they have been kept in the same group as Italy. Given the scenario, it is almost certain that one between Portugal and Italy will not be able to qualify for the marquee event. Portugal will take on Turkey in the semifinal, while Italy will take on North Macedonia. The winners of the matches will face in the final, the winner of which will secure a World Cup qualification.

However, Portugal coach Fernando Santos is confident that the team will play in the World Cup. “I have complete confidence that we will be at the World Cup in Qatar. It’s not worth talking about Italy. We have to focus, first of all, on beating Turkey,” as quoted in an ESPN report.

“This is the most important game for us in order to be in the [playoff] final and win that, which is our main objective. Regarding the draw, it is what it is, there’s no point in discussing it further,” he added.

“There were positive things, we will be playing at home and will have the opportunity to play in front of our fans if we reach the final,” he further said.

Meanwhile, Italy coach Roberto Mancini also sounded optimistic. “It hasn’t been a great draw, it could have gone better. We will have to beat North Macedonia and Portugal will have to beat Turkey,” Mancini told RAI2.

“These are one-off games and there are always adversities. Just as we would have liked to have avoided Portugal, I think [Portugal] would have gladly avoided Italy. Will we get to the World Cup? We are always confident and positive; the most important thing will be to have all the players available,” he added 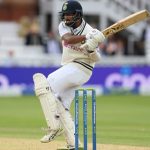 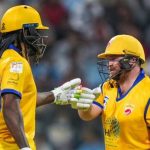