The Portugal superstar Cristiano Ronaldo has landed in Manchester to complete his homecoming to Manchester United in the Premier League. He reached Manchester on Thursday as his partner Georgina Rodriguez shared the pictures of their trip to the city on her Instagram account.

He touched down at the airport in his private jet on Thursday at 5:40 PM local time and then was soon taken to a multimillion-pound mansion where Ronaldo will undergo a mandatory five days og quarantine. After the successful completion of isolation, the football superstar will link up with his teammates.

Cristiano Ronaldo was greeted by Darren Fletcher on arrival in Manchester at a private terminal #mulive [mu] pic.twitter.com/dGrLVjaWpC

Ronaldo has arrived for his stint in excellent form having scored a match-winning last-minute goal for his country against Ireland earlier this week in the World Cup Qualifier game. He also became the highest goalscorer in international men’s football with as many as 111 goals to his name.

Ronaldo was shown the yellow card during the game as well which ruled him out of Portugal’s next game against Azerbaijan next week on Tuesday. This has allowed him to be available for Manchester United’s next game and may end up being in the starting XI for their clash against New Castle United next weekend.

Earlier, the 36-year-old had expressed his delight after signing a huge deal with the United, the club for whom he played at the start of his career. “I have a fantastic history with this amazing club. I was there at 18 years old and of course I’m so happy to be back home after 12 years. So I’m really glad and looking forward to start my first game,” said Cristiano Ronaldo,” he said. 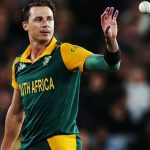 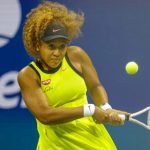