Argentina will no more host the upcoming edition of the Copa America Football tournament. The recent upsurge in COVID-19 cases in the country has led to the South American Football Confederation (CONMEBOL) taking a tough decision. The competition was earlier supposed to be jointly hosted by Argentina and Columbia and CONMEBOL had already taken away the hosting rights of the latter country.

“CONMEBOL informs that in view of the current circumstances it has decided to suspend the organization of the Copa America in Argentina. CONMEBOL is evaluating the offer of other countries that showed interest in hosting the continental tournament,” the governing body tweeted from its official Twitter account.

The concerned officials are now expected to meet on Monday to decide the next course of action and finalise the hosting country. Even on Sunday (May 30), Argentina registered 21,346 new cases for COVID with 348 deaths. The country is under a nine-day lockdown as well. However, the country had presented its ‘strict protocol’ plans to CONMEBOL to host the Copa America only to be rejected.

Rather even Columbia was ready to host the tournament only for their plea to be rejected by the South American Football body. It will be interesting to see now which country gets the hosting rights of the tournament. 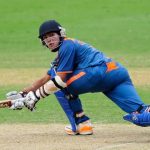