Amid all the talks about the future of Manchester City manager Pep Guardiola with the club, the Spaniard said that the club exactly knows what the “next step” is even if he does not sign a contract extension. Guardiola, the most decorated manager in the history of the club, arrived at the Etihad in 2016 and led them to Premier League glory four times, and are also the current holders of the trophy.

Speaking about the future of the club, Guardiola said that while the problems of the future at the club cannot be foreseen, they know what the strategy is and what they have to do going forward. He expressed that if a club depends on just one person, there is a problem, and means that the club has not fared well.

“The club knows exactly what is the next step,” said Guardiola when asked about how Manchester City’s future would look without him. “No one can see the problems (of the future) but I am 100% convinced,” he was quoted as saying in the Times of India.

I never buy players, it is not my money: Guardiola

“They know what the strategy is, what they have to do right now, tomorrow and for next season. When the club depends on one person we have a problem. If the club just depends on Pep it is because we have not done well,” explained the 51-year-old. “I never buy players, it is not my money. It is the club. The club is the most important word. Every decision we make is thinking about the club.”

Guardiola is one of the most renowned football managers of the current era and is regarded as one of the best managers of all time. He formerly won three La Liga and two UEFA Champions League titles with Barcelona, three Bundesliga titles and a UEFA Super Cup with Bayern Munich. Apart from his success in the Premier League, he also guided Manchester City to their first ever UEFA Champions League final in 2021. 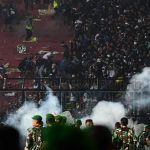