Fans will be able to watch the Carabao Cup final between Tottenham and Manchester City from the stadium as 8000 fans have been allowed to be present in the venue. A proportion of tickets will be made available to both clubs on 25th April while the remaining will be distributed to local residents in Brent and NHS staff.

The move to allow 8000 people to be present in the stadium was taken to test the return of big crowds. The FA cup semi-final between Leicester City and Southampton on 18th April will also have 4000 fans in the stadium.

For the final on 15th May, the number of fans will be increased to 21000. The games may also be used to try a Covid passport scheme where passes will reveal if the person has been vaccinated, had a recent negative test or has natural immunity.

The summit clash of the Carabao Cup was rescheduled from February as the organisers wanted to have as many fans in the stadium.

Mark Bullingham, the FA’s chief executive expressed his satisfaction on the decision.

“We are delighted to be hosting three test events at Wembley and are confident we can offer a safe environment.

“This is an important first step towards getting fans back, with the end goal of full stadia – hopefully by the end of the men’s Euros [in July]. We would like to thank all authorities for their support throughout this process.”

Since the start of the pandemic in March 2020, fans have been barred from watching the matches in the stadium, with the exception of few tests that were played before the second lockdown. 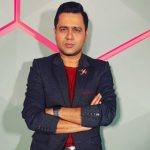 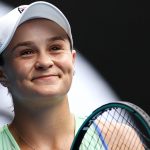