Sunil Chhetri was in fine form in the 2020-21 edition of the ISL and scored eight goals for Bengaluru FC. However, despite his efforts, the club slumped to their worst ever season and finished seventh. Post the tournament, he was tested positive for Covid-19 and had to miss India’s tour to Dubai where they faced Oman and UAE in International friendlies. However, the legendary footballer has recovered from his illness and will lead the Bengaluru FC in the AFC Cup. They’ll take on Nepal’s Tribhuvan Army FC in the 2nd Preliminary round game next week, on 14th April.

“Skipper Sunil Chhetri will lead the side into a seventh season of continental football, with the 36-year-old having joined the side in Goa where preparations for the campaign are well underway,” read an official statement from the club.

The Bengaluru FC club has announced the 29 member squad for the event. The Club has included Sharon Padattil, Damaitphang Lyngdoh, Akashdeep Singh, Sivasakthi Narayan and Muhammad Inayath from their reserve side. Yrondu Musavu-King, Juanan, Cleiton Silva and Erik Paartulu are the four foreign players. If the club can get past Nepal Army FC, they could join ATK Mohun Bagan FC, Basundhara Kings and Maziya in the group stage.

FC Goa has also announced their squad for the AFC Champions League. There are few surprises in the squad as the Goan club has decided to stick with Ivan Gonzalez, James Donachie, Jorge Ortiz, and Edu Bedia, which implies that 2021 golden boot winner Igor Angulo and Alberto Noguera will miss out on the tournament. FC Goa are the first Indian club to feature in the AFC Champions League. 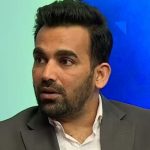 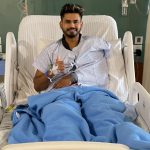