The ongoing coronavirus pandemic has wrecked havoc all over the world. The sports fraternity has been severely affected by Covid-19 as almost all the tournaments or leagues have either been postponed or cancelled for an indefinite time. The latest addition to the list is the Asian World Cup Qualifiers. The Asia World Cup qualifying matches were scheduled to be played at Suzhou in China.

However, the upsurge in the coronavirus cases in Maldives and Syria have resulted in the China government imposing strict quarantine protocols for the players coming from the aforementioned places. The quarantine rules by China have hampered the plans of the authorities and thus they have decided to relocate the remaining matches to the United Arab Emirates (UAE).

The Asian Football Confederation has issued an official statement regarding the same as they confirmed that the matches from China stand suspended. However, the association didn’t reveal the name of the venue where they are going to host the tournament next.

“The Asian Football Confederation decided to move the remaining centralized Group A matches . . .from China to a neutral venue, which will be decided and announced in the coming days. The decision was made due to the mounting challenges faced by several participating teams in traveling to China.”

“The AFC is now working in close partnership with the Chinese Football Association and potential neutral venues, as well as the participating teams to arrange for the safe passage and well-being of all stakeholders while reiterating its commitment towards ensuring the successful completion of the Asian qualifiers.

“Under the suggestion of the Asian Football Confederation, the CFA agreed to move the remaining Group A matches of the FIFA 2022 World Cup Asian qualifiers to Dubai,” the CFA statement read according to Hindustan Times. 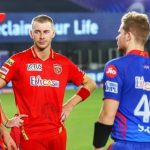 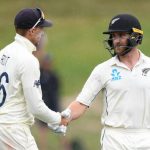