Indian hockey team under the captaincy of Harmanpreet Singh locked horns with New Zealand in the crossover match of the FIH Hockey World Cup 2023. Although the men in blue couldn’t hold their nerves and got eliminated after from the 15th edition of the tournament after losing to New Zealand in the penalty shootouts.

Notably, Team India was leading by 3-2 till the end of the third quarter but later on, they lost the lead and the match ended in a draw after the end of the full-time match. The match went into the penalty shootouts and it was New Zealand that held the nerves and won the match by 5-4.

Just after the defeat of the Indian team and their elimination from the World Cup, the Indian fans also came up with various reactions on Twitter. Subsequently, the fans also recalled the Indian team’s jinx against New Zealand in either of the sports, be it cricket or hockey.

Both teams played well, but it was Team NZ's day. We are thrilled with our team's performance, they showed sheer sense of sportsmanship. Best wishes. 🏑#HockeyWorldCup2023 @TheHockeyIndia pic.twitter.com/2KnGB8aT96

When you lead 3-1 till Q3..lose your lead with two quarters and your shivering hands losing control of the ball during penalty shootout… You don't deserve to win…. Still proud of our #NationalGame #hockey #HockeyWorldCup2023 #INDvsNZ #HockeyWorldCup #Hockyworldcup2023

Varun Kumar increased India’s lead in the 40th minute of the match with a brilliant goal on a penalty corner. The Indian team was comfortably leading by a margin of 3-1. Then came the time when Nic Woods’ men made a stunning comeback in the match smashing two consecutive goals on two penalty corners in the 43rd and 49th minute respectively. The regulation time of the match ended with an equal score line of 3-3.

But eventually, New Zealand outplayed the hosts by 5-4 in the penalty shootouts later and now they will lock horns with Belgium in the quarter-final of the tournament. 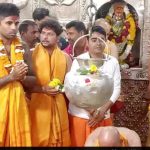 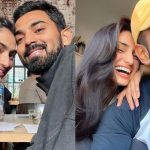